Most of my attention over the past few months has been focused on getting my non-fiction book, Walking the English Coast, ready for publication.

I’m taking part in Misha and Beth’s Five Year Project and my five-year goal is to write a novel and get it published.

Most of my attention over the past few months, however, has been focused on getting my non-fiction book, Walking the English Coast, ready for publication.

And there are several other projects I ‘ve been working on. Here’s an update:-

I realised, to my shame, that it’s nearly 6 months since I sent this out to an agent. Maybe that’s because I find the whole process disheartening and I’ve already written about the work involved: researching an agency, finding a suitable agent, understanding their submission process and requirements, preparing yet another query letter, tailoring a synopsis to their required length, and sending in the exact amount of text they want to see (sometimes first three chapters, sometimes first 3,000 words, 10,000 words, or whatever).

Tally so far:
10 agents approached with  9 rejections and 1 no reply.

Anyway, I gritted my teeth and found another agency with agents who seemed interested in historical novels, and I’ve sent my baby off again.

I finished the first draft of this manuscript during NaNoWriMo in November 2015. it’s been lying in the drawer for long enough. In July I’ll begin working on the second draft. And I’ve decided to change the name of the novel to The Orbital Contract. Hopefully I’ll have more progress to report on this next month.

I was commissioned to write a very short non-fiction piece for BBC Countryfile Magazine. This has been accepted and should appear in the August issue of the magazine.

Long-distance walking and my walking blog

Last week I finished a long-distance walk along the coastline of Wales – The Wales Coast Path. Officially the trail is 870 miles long, although the current route is actually 882 miles. I’ve yet to add up the final tally but, along with deviations, circular detours, and walking to and from start points, I reckon I’ve walked over 1,000 miles. I’m currently writing up the remaining few stages of the walk on my walking blog: coastalwalker.co.uk/

Next month I hope to report progress on both my novels and announce the publication of Walking the English Coast. Has anybody else noticed how fast these months fly by? 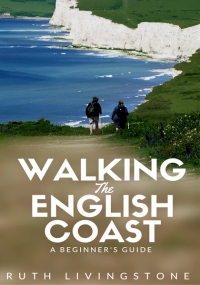