I’m taking part in Misha and Beth’s Five Year Project and my five-year goal is to write a novel and get it published. So, I should have been sending my historical novel, The Reluctant Scribe, out to agents. In fact, I’m so disillusioned with the process of trying to find an agent, I’m considering abandoning the quest altogether.

On a more positive note, there are several other writing projects I ‘ve been working on with better success. Here’s an update:

This is my ‘how to’ book – a 250-page epic – for newcomers to the world of long distance walking.

So proud to see it up on Amazon and to have had a smattering of excellent reviews and a small but significant number of sales. 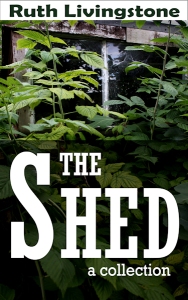 This 48-page booklet contains four short stories, three of which were previously published in magazines, and one of them – The Shed – won first prize in a competition.

I asked the talented Lizzi Wakelin to illustrate the stories and, again, had the text professionally edited.

Now all I need are some reviews and a few sales.

The Orbital Contract – (YA sci-fi novel):

Meanwhile, the first draft of this novel has been waiting since January for some attention. Yes. Must get on with it!